What You Need To Know: How the Repeal of Obamacare Will Affect All Americans in 2017 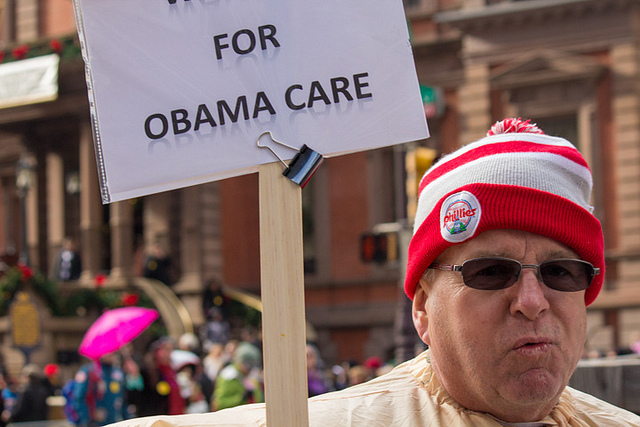 With the transition of presidency in the upcoming weeks, one of the major things that concerns and will affect every American is the repeal and dismantle of Obamacare and the Affordable Care Act under President-elect Donald Trump and his House and Senate Republican committee.  Obamacare enabled millions of Americans who did not have medical coverage before to be insured and also reduced the rates and provided free coverage for health screening benefits for the low income, senior citizens and people with disabilities.

Currently there is no formal replacement for the Affordable Care Act. This causes great fear in those who are currently insured or have benefits under ACA. If Obamacare becomes repealed, how would that affect the people who are currently insured? How could that affect the rest of Americans?  With no formal replacement for ACA in place, this causes great uncertainty and could dramatically affect the individual health insurance marketplace and jeopardize the coverage of millions of Americans.

According to the U.S. Census Bureau, Americans without health insurance dropped to an all time historic low of approximately 9.1 percent due to Obamacare.  If the Affordable Care Act is repealed, studies have shown that there will be more uninsured Americans than prior to Obamacare implementation. With the drastic increase in uninsured, the uncompensated costs to doctors and hospitals would become chaotic and would lead to drastic unmet medical needs for millions of people.  Many physicians and hospital organizations such as American Medical Association have warned against a repeal of Obamacare without any plan of formal replacement put in place would be disastrous for millions of people.

According to Urban Institute report, with the repeal of Obamacare, nearly 30 million people would become uninsured which would result in $1.7 trillion in of doctors visits and hospital costs from patients that will no longer have insurance or those who do not have enough money to cover out of pocket medical expenses. As a result, premiums for insurance would be higher because the unpaid cost would have to pass onto consumers or the state and local government.  Consumers who can afford insurance will also see a spike in premiums.

Senior citizens and people with disabilities pay less for health coverage under Medicare and prescription costs under the Affordable Care Act.  In addition, it allows millions of Americans to have free screening of mammograms, colonoscopies, diabetes, cholesterol tests and receive free contraceptives.  Older employees who work for smaller companies with less than 50 employees are protected from premium spikes.  Without Obamacare, senior citizens and people with disabilities who are covered by Medicare will see an increase in deductibles and copayments, and higher prescription costs.

Many low income Americans under Medicaid program are able to gain access to insurance through Obamacare.  Obamacare expanded the coverage to low income adults who did not meet the income requirements before. Without Obamacare millions of individuals who have low income will be without medical coverage.

Affected are also households with children up to 26 years of age.  With ACA, larger companies with employees of 50 or more are required to keep children up to the age of 26 on their parent’s medical coverage plans. Large companies may benefit from the repeal, but many families would suffer as a result of not being able to cover medical expenses for their children.

Obamacare allowed the individual insurance marketplace to be more affordable and accessible to individuals.  With the repeal, insurers can discriminate who they can choose to cover if one has pre-existing conditions or raise premiums for who are older or sick individuals.  This can be disastrous for those who are sick or with pre-existing condition, because currently Obamacare restricts insurance companies from discriminating against individuals who are ill.

Want more details on how the new administration might affect your health plan? Contact your local health insurance agent, medical group or 1800health.com directly to get the assistance you need.