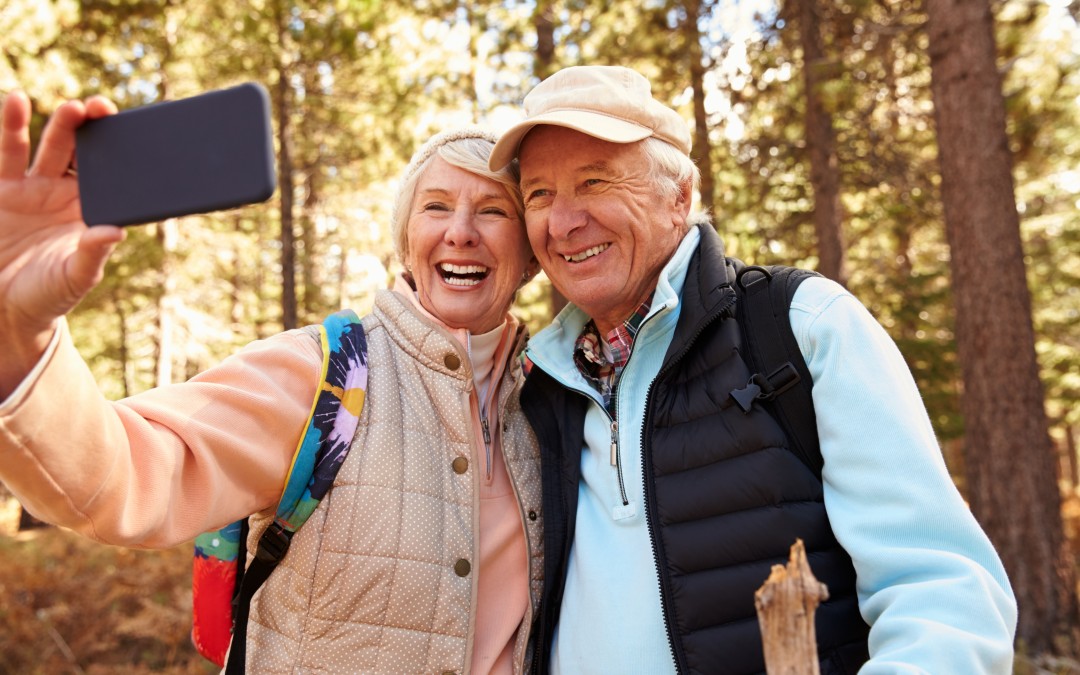 Seniors typically have lower rates of technology adoption than other age groups, but today they are more digitally connected than ever. In fact, key senior groups – those who are younger, have higher levels of education, and above-average household incomes – own and use technology at similar rates compared with sub-65 year olds. [1]

U.S. seniors are today’s fastest growing group of smartphone adopters. About four in ten seniors (42%) now own smartphones, more than double the share that did so in 2013.

Seniors with above average levels of education and income index even higher on daily smartphone usage. Since 2013 smartphone adoption among older adults who live in households earning $75,000 or more a year has increased by 39%. Those with at least bachelor’s degrees, as well as those who are ages 65 to 69, have each seen a 30% increase in smartphone adoption over that time.

Social channels like Facebook and Instagram are massive platforms where individuals find news and information, share their experiences, and connect with friends and family. Just as internet use and smartphone ownership has grown among seniors, so has social media activity.

Younger seniors are more likely than their older counterparts to use social media. More than 45% of seniors sampled under the age of 75 say they use social networking sites, compared with 20% of those ages 75 and older. Similar to the above reported smartphone trends, social networking use is also most common among those seniors who have at least some college experience and those whose annual household income is $50,000 or more.[3]

As the adoption of traditional broadband service and desktop computers stagnates, more and more Americans now use smartphones as their primary means of online access. Today just over one-in-ten American adults are “smartphone-only” internet users – meaning they own a smartphone, but do not have traditional home broadband service.

Still, older Americans who use the internet tend to view technology in a positive light and gladly incorporate it into their everyday lives. 58% of adults ages 65 and older say technology has had a mostly positive impact on society, while roughly three-quarters of internet-using seniors say they go online on a daily basis.[4]

Seniors are more active on mobile, digital and social channels than ever before, and they are just as impressionable as younger age groups. If you aren’t marketing to this audience you’re leaving revenue on the table.