What Could the Health Ramifications Be of the Porter Ranch Gas Leak? 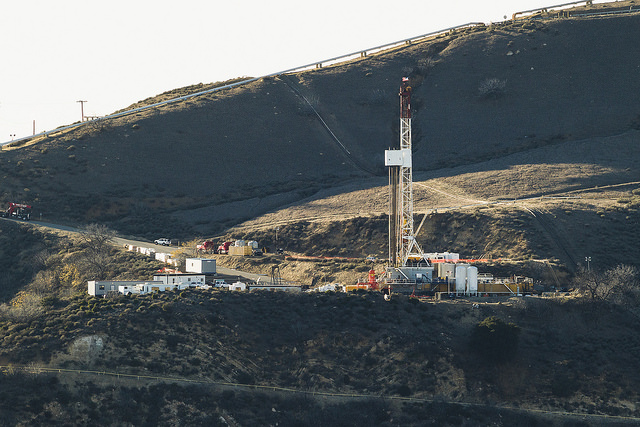 Last October there was a gas leak in Porter Ranch, within the San Fernando Valley. The leak was so bad, Governor Jerry Brown declared a state of emergency and evacuated the California community. Over 2,000 households were relocated at the expense of the Southern California Gas. Co.

As the country looks in from the outside, there is concern over the health of Porter Ranch residents. Not just in the short term as they’ve been evacuated, but also for the long-term.

What exactly happened in Porter Ranch and how has it affected the health of its residents?

The leak derived from the Southern California Gas Co.’s Aliso Canyon Natural Gas Storage Facility. It was discovered at 4pm on October 23, 2015. According to SoCal Gas officials, they caught the leak within 24 hours since it had begun.

On January 6, 2016, California Governor Jerry Brown declared Porter Ranch a state of emergency. Residents of the area reported suffering from headaches, nausea, nosebleeds, and other uncomfortable symptoms. As a result, more than 2,000 households were evacuated.

The reason for this discomfort is not necessarily the gas itself, but mercaptans, the compounds added to the gas to give it an odor. Environmental officials claim that by the time the gas reaches residential areas, most of it has already dissipated. It’s this human added element that causes discomfort, not the natural gas.

As Dr. Cyrus Rangan of the LA County health department’s Bureau of Toxicology and Environmental Assessment states, “It’s so noxious people have a physiologic response.”

Unfortunately, a fix for the leak could take months. It’s not as easy as patching up the pipe that’s causing the leak.

The day after the leak was discovered, SoCal Gas tried to plug the leak by injecting the pipe with brine and mud. But about 500 feet down, the injections were blocked due to ice which formed from water and methane. After different injections to remove the ice, the team continued to push the original injection down the pipes.

However official were worried that if they continued to push they would rupture the pipe and exacerbate the leak. Now in order to solve the leak, new relief wells must be drilled, which could take months to complete.

With the evacuation of thousands of homes, it’s easy to see how residents are concerned for their long-term health. County health officials have tried to quell the fear by announcing there is no evidence of long-term health risks from exposure to mercaptans. In 2012 a study by the CDC discovered that residents who lived in a two mile radius of a gas leak in Prichard, AL experienced short-term symptoms, similar to Porter Ranch residents, but experienced no long-term health ramifications.

Yet, residents from the Alabama spill have complained of lingering ailments (the leak occurred in 2008) and are suing Mobile Gas, the company behind the spill.

Despite officials’ claims that there are no long-term worries with the gas leak, there are still concerns. Benzene is a chemical compound found in gas wells and it considered a Group 1 carcinogen. Elevated levels of benzene can be dangerous, but SoCal Gas officials have said that while benzene has been detected, it’s within acceptable levels.

According to Ed Avol, a USC professor at the Department of Preventive Medicine of the Keck School of Medicine of USC, has stated it’s these outside chemicals that could harm respiratory and cardiovascular functions in the long-term. Avol and his team will be studying the gas leak to better determine what the health ramifications could be for Porter Ranch residents.

As it stands, the Porter Ranch poses no apparent long-term risks. As the gas leaks is attended to, soon the short-term discomfort will go away for residents. It’s a scary situation for those involved and must be rectified. But residents should not be worried for their long-term health, according to health officials.