What Is a Single-Payer Health Care Program? 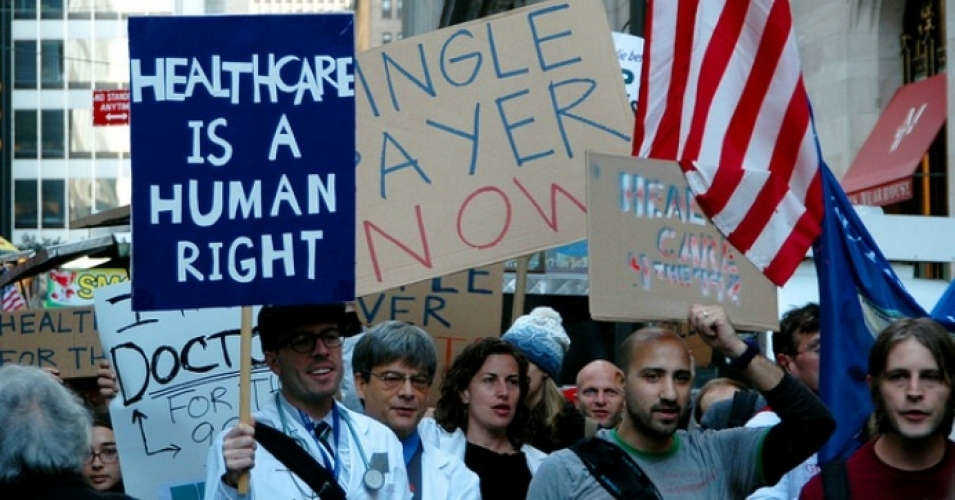 We’re in the heart of the race for the American presidency. We’re down to five total candidates, two Democrats and three Republicans. One of the hot issues at play is health care. Democratic candidate Bernie Sanders, a very liberal candidate, supports the single-payer health care program.

In the words of Sanders, “The only long-term solution to America’s healthcare crisis is a single-payer national health care program.” According to Sanders, healthcare is a right, not a privilege.

What is a Single-Payer Health Care Program?

A single payer healthcare program is a national health insurance program. It’s also known as “Medicare for all.”

Under a single-payer program, a single public agency would finance healthcare for the entire population, but care would be delivered by private organizations. If the United States went to a single-payer program, all necessary medical treatments and services, like doctor visits, hospital stays, prescription drugs, mental health, dental, vision, and other services would be covered for everyone.

How A Single-Payer Health Care Program is Funded?

Single-payer refers to how the program would be funded. Instead of everyone paying monthly premiums for their particular services, payment for all medical services would come from the government. But how would the government get this extra money to pay for such plan? The simple answer: taxes.

According to Bernie Sanders’ public plan for a single payer healthcare program, the money would come from seven major taxes.

What are the Pros & Cons of a Single-Payer Program?

There is a of of debate as to whether or not a single-payer healthcare program is beneficial to everyone. Or if our existing healthcare system is actually the best option. Both sides will argue whether a benefit is actually a benefit or if it’s actually a drawback. This debate is largely political, so here are what are considered the top three pros/cons.

Which Countries Currently Use a Single-Payer Program?

If the United States were to go to a single-payer healthcare program, it wouldn’t be an unprecedented move globally. Other countries currently have similar plans in place, notably Canada and Taiwan.

Our neighbor to the north, Canada, is the poster child for what a single-payer healthcare system would look like in the United States.

The Canadian healthcare system is funded by the public while hospitals and doctors are private. Any Canadian can see a doctor in any part of the country. Because there is no alternative, everyone, including the wealthy have an incentive to keep the program funded. Which means everyone gets the same care.

Canadian doctors are generally paid a third of what US doctors are paid, but are considered to have greater satisfaction. This is due to the fact they’re not bogged down by paperwork, don’t fear of being sued (since there is no need for awards to cover future care), and can focus on medicine.

As the presidential race heats up and gets closer to the November election, we’re going to hear a lot more about single-payer healthcare. With so many healthcare terms being thrown around, it can be confusing. It’s not uncommon for an informed person to think single-payer insurance was a kind of health insurance you could purchase from the Affordable Care Act. Now that you have a better idea of single-payer health insurance, you’ll be able to make a more informed decision when choosing your presidential candidate.