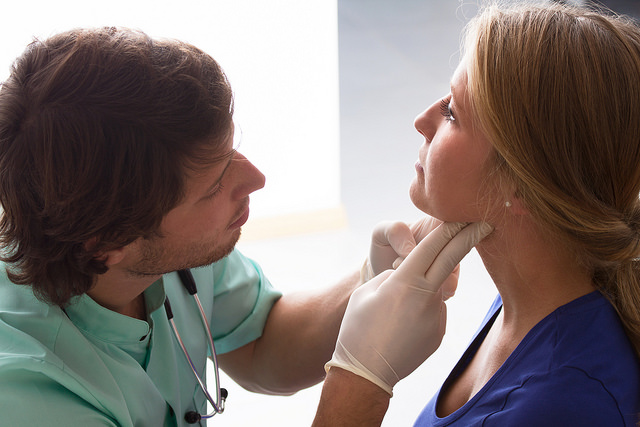 When Americans are asked what they believe to be the most prestigious profession, doctor is the overwhelming top choice, with an 88% response rate. Doctors are well educated, licensed, and save lives. It’s a position that few people are qualified for or capable of.

In a survey of nearly 20,000 doctors, the average salary for a primary care physician is $195,000 and $284,000 for specialists. For many Americans, where the average salary is $51,934, that can seem like a lot. But doctors have to go through extensive education and training that can put them into nearly a quarter of a million dollars in debt.

Doctors can also be held liable for malpractice suits that can cost an average of $800,000 if awarded by a jury. They are even at risk for bankruptcy without a lawsuit due to rising costs of practicing medicine (like malpractice insurance, regulations, and shrinking insurance reimbursements).

The reality is, with the way the healthcare system is currently set up, becoming a doctor might not be as glamorous or lucrative as it may appear to outsiders. So can doctors improve care without sacrificing compensation in the future?

How Are Doctors Currently Compensated?

The current healthcare system is based on fee-for-service. Doctors are not financially incentivized to provide the highest quality of care. Doctors’ current financial incentives are to see as many patients as possible so that they can bill as many services as they can.

If you’ve been to the doctor recently, there’s a good chance you waited to see the doctor for an extended period of time and then got just a few minutes of the doctor’s time. This is the reality of a fee-for-service compensation model. Doctors at hospitals can be instructed to to see patients in 11-15 minute intervals. At the end of the day, it’s not the quality of the care that’s given that matters to the doctor, but the number of patients they’ve seen.

Doctors in the United States have the same compensation model as shoe shiners in an airport. The more services they provide, the more money they will make. Furiously hurrying through a shoe shine might work, but there are no dire consequences to a poor shoe shine. Poor healthcare due to time constraints can lead to much larger problems down the road. This is not a good situation for both patients or doctors.

Why Is the Current Model Dangerous?

The current model for physician compensation poses problems not only for patients but for the future of primary care physicians.  Today’s physicians can’t offer the care people need in the amount of time they’re given to be effective. But in the future, we’re going to start seeing a decline in the number of qualified physicians due to more lucrative options outside of healthcare.

The increased importance of quantity over quality diminishes overall care doctors can give patients. When they’re too busy looking at the clock, trying to cram as much information in a short amount of time, they’re not developing a deep relationship with the patient. Just like dating, it takes time to get to know someone. Instead of listening to patients and focusing on behavioral changes, doctors will default to tests and prescription drugs to come to a quicker medical “solution.”

What Is Being Done to Resolve This Situation?

Measures are being taken to change how physicians in the United States are compensated. Instead of our current fee-for-service model, we are looking more pay-for-performance plans.

Recently the Obama administration unveiled legislation that offers a new direction for Medicare physician pay. Instead of focusing on quantity, now physicians will be able to choose from flexible menu options that give them the opportunity to care for patients.

According to Patrick Conway of the Centers for Medicare and Medicaid Services (CMS), the federal agency in charge of implementing the new program, “By proposing a flexible, rather than a one-size-fits-all program, we are attempting to reflect how doctors and other clinicians deliver care and give them the opportunity to participate in a way that is best for them, their practice and their patients.”

Essentially, the new regulation would offer two paths for physician compensation. The first is a “merit-based incentive payment system,” otherwise known as MIPS. MIPS would evaluate the quality of patient care based on four performance parameters; cost, quality, use of electronic health record technology, and activities that improve care. Each of these factors would be weighed to come up with a medical provider’s Medicare Part B payment.

The second path is called “advanced alternative payment models” or advanced APMs. This path offers a higher risk/reward scenario for physicians. This path calls for doctors, from different organizations like hospitals/PCPs, to better coordinate care to improve the overall quality of care an individual receives.

Next year (2017) Medicare will start to monitor the performance of physicians in the MIPS program and increase payments for quality service in 2019. MIPS will also ensure doctors that payments won’t deviate more than 4 percent (positively or negatively) but will increase slowly to nine percent by 2022. Exceptional performances by doctors can be rewarded financially as well.

In 2017, Medicare will begin measuring performance for doctors and other clinicians for the MIPS program, with payments based on those measures beginning in 2019. Under that system, payments generally won’t increase or drop by more than 4 percent, rising gradually to 9 percent from 2022 and beyond. Doctors can earn additional bonuses for exceptional performance.

Physicians who choose the APM path would qualify for a 5 percent Medicare Part B incentive payment between 2019 and 2024.

It’s no secret that the healthcare system in the United States is flawed. We are taking promising steps to rectify the situation, but it’s a slow process. We’ve taken great strides to getting citizens covered and now we are focusing on providing better care. Better care starts with better aligning physician compensation with the needs of patients. Once our physicians are better incentivized, we’ll be able to treat individuals with the care they deserve.