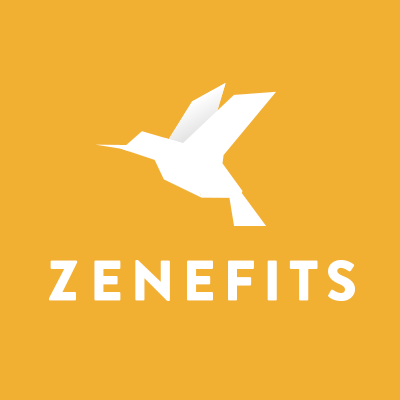 In the first three quarters of 2015, venture capitalists poured nearly $50 billion in tech startups. As more money is being poured into growing technology companies, the less these startups are relying on pie-in-the-sky stock option plans to recruit talent. With war chests filled with millions of dollars, startups can offer employees salary and benefits, like their corporate counterparts.

Despite more money, startups are still more informal than big corporations. Their human resource departments are less refined and lacking in sophisticated structure. In fact, HR is a distant thought to many growing startups, as their focus is primarily on growth.

This lack of attention to human resources has lead a renaissance of new startups who are dedicating their time and energy to making human resources simpler for companies, including startups.

Zenefits is one of the more popular human resource startups, having raised $583 million in venture capital at an approximately $4.5 billion valuation.

Zenefits offers a single dashboard for all your human resource needs. It allows you to manage your HR, including payroll, benefits, and time-tracking. Zenefits takes a process that might otherwise take weeks and boils it down into a few minutes.

The best part of Zenefits is that it’s free to use. They are an insurance broker, so its business model is predicated on taking a commission from insurance plans purchased through their platform.

Gusto, formerly known as ZenPayroll, is another startup similar to Zenefits. It’s raise $131 million in venture capital and recently changed its name to Gusto in an effort to distance themselves from Zenefits.

What started as a company that helped SMBs with just payroll, the team at Gusto are going after Zenefits by expanding its offering to include things like health benefits, workers comp, and more.

Gusto’s pricing starts a with a flat fee of $29 a month plus $6 a person thereafter. If you have a five person team, Gusto costs $59 a month. If you have 25 people, it costs $179. Any company over 100 people must contact Gusto for special pricing.

Trinet was founded in 1988 and went public in 2014. Trinet currently trades on the New York Stock Exchange and has a market cap of $1.35 billion.

Like Zenefits and Gusto, Trinet has similar payroll and benefit services. But it also has services for risk compliance, retirement services, and acts as your HR team. They even offer services like compensation consulting, ethics programs, and career transitions.

The downside of Trinet is it’s significantly more expensive than options like Zenefits and Gusto. They don’t offer pricing on the site, you must speak with a representative. But according to Quora, the price is determined largely by how many employees you have. For example, 5-9 employees costs about $155 a month per employee, plus an implementation fee.

Zane Benefits was founded in 2006 but didn’t raise its first round of venture capital until 2015. The Salt Lake City, Utah company raised $1.5 million in June of 2015.

The cost for Zane Benefits ranges depending on the number of employees you have for health insurance reimbursement. If you have 1-5 employees the cost is $60/month. If you have more than 6 employees, the price drops to $12 a month.

Namely was founded in 2012 in New York City and has currently raised $77.8 million in venture capital. It’s latest round of $45 million came in June of 2015.

Namely is similar to Zenefits as it’s an all-in-one dashboard for your payroll, benefits, and talent management. Companies like Blue Apron, VaynerMedia, and the Motley Fool are counted as valued customers.

These new-age human resource startups are taking a lot of the hassle out of company payroll and benefits. Individual companies don’t have to go through many of the traditional HR hassles, instead, it’s all streamlined for you. Zenefits is a popular choice due to the fact it’s free to use. Others on this list have reasonable pricing, but if your small company is still growing and looking to same money anywhere it can, Zenefits is your best deal.