Anatomy of a Healthcare Villain: Why the Story of Martin Shkreli Matters 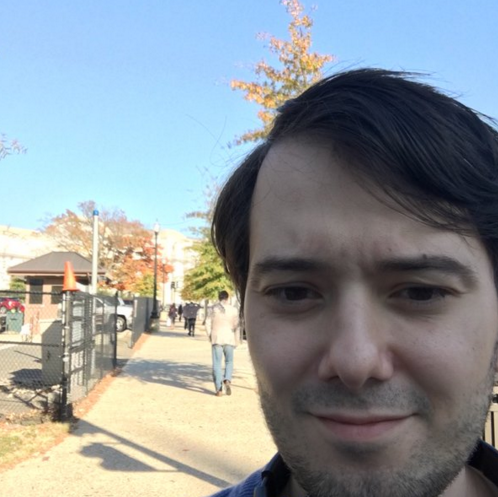 On Thursday, December 17th, 2015, Martin Shkreli was arrested for fraud by the FBI on a cool winter morning at his Manhattan apartment. The arrest capped a tumultuous year for the 32 year-old pharmaceutical CEO.

Martin Shkreli , known as the “Pharma Bad-Boy” earned torrential amounts of negative press this year after his company, Turing Pharmaceuticals, acquired the rights to market the drug Daraprim, only to mark up the price by 5,000%.

This single act of greed made Shkreli the most hated man on the internet. He was a lightning rod for criticism and ridicule. He embodied everything  wrong with capitalism.

While it’s easy to hop on the bandwagon and emote disdain for Shkreli , it’s more important that we look at the story behind Shkreli, Turing pharmaceuticals, Daraprim, and take away lessons for business and better healthcare.

Who Is Martin Shkreli ?

Born in 1983 and the son of immigrant janitors, Shkreli grew up in the working class of Brooklyn, New York. He graduated from high school in 2000 and enrolled at Baruch College in 2004.

Martin Shkreli’s finance career got a jump start while he was still in high school and landed an internship at the hedge fund, Cramer, Berkowitz and Company. There, he made a name for himself by telling partners to short different biotech stocks for profit, including Regeneron Pharmaceuticals.

After his time at Cramer, Berkowitz, and Company, Shkreli worked at a couple of finance firms before starting his first hedge fund, Elea Capital Management. After losing a court battle with Lehman Brothers, Shkreli launched MSMB Capital Management in 2009, where he continued to short biotech stocks.

Two years later, Martin Shkreli made the jump to running a company as he founded Retrophin. This biotech company had a focus on treatments for rare diseases. After another lawsuit, this time with the board of Retrophin, Shrekli left the company for good to start Turing Pharmaceuticals.

Shkreli’s strategy for Turing was simple; forego internal research and development on new drugs and secure the licenses for out-of-patent medicines. Since the markets for these drugs are small, with no competition, Shkreli decided he could dramatically increase the price for these drugs.

The most notable drug that Turing Pharmaceuticals acquired was Daraprim, a toxoplasmosis treatment used by AIDS patients, from Impax Laboratories for $55 million.  Before its rights were acquired by Turing, the cost per pill for Daraprim was $13.

Overnight, Martin Shkreli  promptly raised the price of Daraprim to $750 a pill, an increase of 5,500%. The world erupted with vitriol for this blatant example of price gouging.

Shkreli defended the increased price with the analogy, “If there was a company that was selling an Aston Martin at the price of a bicycle, and we buy that company and ask to charge Toyota prices, I don’t think that should be a crime.”

Despite an organized effort from the internet and vocal public identities like Hillary Clinton, Shkreli and Turing refused to drop the price of Daraprim.

Do Pharmaceutical Companies Have a Public Responsibility?

The story of Martin Shkreli and Daraprim reminds us of the stark reality that the goal of business isn’t to make friends, but to make profit. And the cost and access to different drugs is really out of the consumer’s hands.

That’s because a dose of Fav-Afrique can cost about $500 US dollars, far more than the annual income of many African residents. Even with government and NGO subsidies, it’s an unprofitable drug for drug maker Sanofi Pasteur. That’s why they decided to terminate the production of the drug and the current supply will soon run out. This puts roughly 1.5 million lives at risk each year.

What responsibility do pharmaceutical companies have when it comes to public health? Is Sanofi Pasteur’s decision to halt production of Fav-Afrique any more heinous than Turing Pharmaceutical’s decision to increase the price of Daraprim 5,500%?

Lesson To Be Learned

We live in a world where numbers matter and money trumps everything. Healthcare, despite the passing of the Affordable Care Act, still isn’t a right. Sadly, it’s a privilege. We are not entitled to treatments just because we’re sick or injured.

Fortunately for us, stories like Martin Shkreli and Turing Pharmaceuticals are less than common. But it’s a stark reminder that as consumers, we are not in control. We’re at the mercy of big pharmaceutical companies, insurance companies, and the executive decisions of a select few. A great deal of things are out of our hands, including deadly diseases. But perhaps we, as a society, can renew our dedication to preventative health to limit our dependence on medication as we age, since it’s not guaranteed that these drugs will be available or affordable.